The ultimate guide to filing taxes as an independent contractor 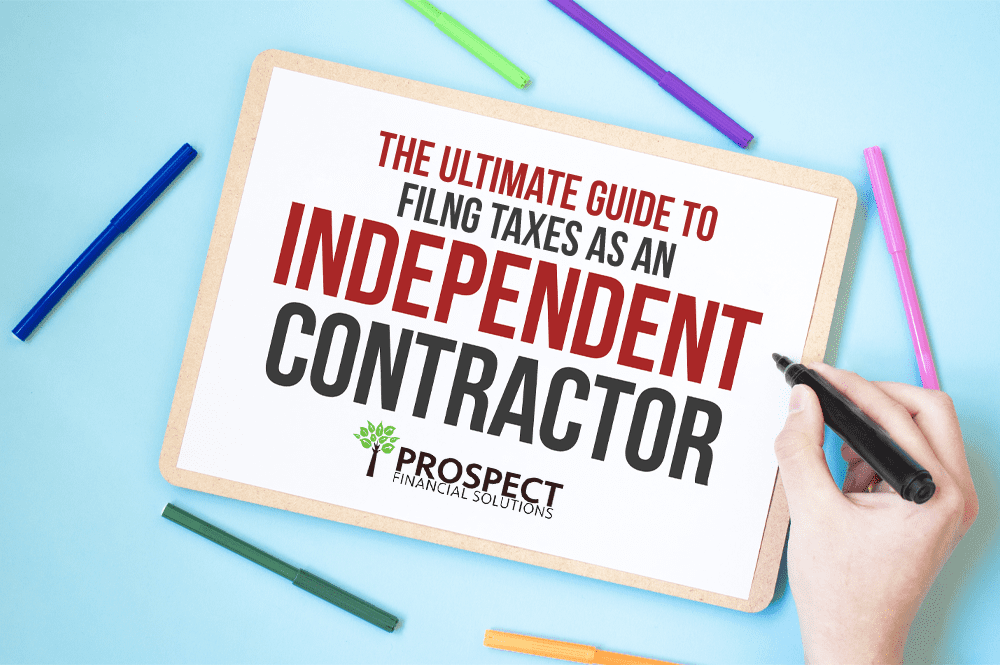 Filing taxes is stressful enough even if you have virtually little to nothing to worry about, so filing as an independent contractor could be even more stressful. But if you know what to expect and how to prepare, you won’t feel so overwhelmed once tax season arrives.

If you worked as a contractor for a federal agency but were unable to work due to facility closures and/or other restrictions, you might be able to receive reimbursement for paid leave as a result of the second stimulus program. Keep up to date with the third stimulus payment. Learn about the Pandemic Unemployment Assistance (PUA) program and unemployment benefits for self employed taxpayers as a result of the second stimulus payment package here.

DETERMINING YOUR EMPLOYMENT STATUS FOR TAXES:

The first thing you should determine is if you’re considered a self-employed taxpayer or not; you likely get paid as an independent contractor rather than an employee. Credit Karma reminds us that as an independent contractor, you’re automatically considered self-employed by IRS standards. This is because as a business owner or contractor who provides services to other businesses, you aren’t an employee of any company.

If you’re a self-employed individual, you’re subject to a different set of tax payment and filing rules than employees — including additional forms to file and estimated taxes. Failing to pay your estimated quarterly taxes or underpaying them may result in a tax penalty, and the size of the penalty depends on how much you underpaid.

We’ve written about the latter before in our blog titled Sending Form 1099-Misc or Form 1099-NEC, so we’ll be referencing that article throughout. In the meantime, let’s take a look at what each of these points means for you as an independent contractor, starting from the first point and making our way down.

As an independent contractor, you’re required to file Schedule C (Form 1040) along with your personal tax return. You can download a PDF of Form 1040 here.

This form is used to report income or loss from a business you operated or a profession you practiced as a sole proprietor. A sporadic activity, not-for-profit activity, or a hobby does not qualify as a business. An activity qualifies as a business if:

While being an independent contractor means you have to pay more in self-employment taxes, there is an upside: You can take business deductions.

Some examples of business deductions include:

These expenses reduce the amount of profit on which you pay income taxes. You’ll report these deductions along with your income on Schedule C.

In an employee-employer situation, both parties pay a portion of these taxes. However, since you’re self-employed, you’re responsible for both halves. You’ll actually get to deduct the employer portion in the end, falling in line with what was mentioned at the end of the previous point.

Nerd Wallet, quoted earlier, says the current self-employment tax rate is 12.4% for Social Security and 2.9% for Medicare — a total of 15.3% just in self-employment tax. The good news is that while you need to pay the entire 15.3% tax, you can take half of what you pay as a deduction from your income.

You’ll report self-employment taxes by filing Schedule SE with your personal tax return. These taxes are in addition to any income tax that you’ll owe. You can access Form 1040 ES here.

Next on the list is the tax payments you need to make regularly throughout the year. This is known as your quarterly estimated taxes, and are used to pay income tax and self-employment tax.

Generally, if you are an employee whose only income is from a W-2 with taxes withheld, you will not have to worry about making estimated income tax payments as this is done through your employer. However, this isn’t the case. The most common taxpayers who are subject to make estimated tax payments are the self-employed who may receive income on a 1099 form, such as a 1099-NEC.

In addition to being self-employed, there are other types of incomes that a taxpayer could generate throughout a given tax year that may be subject to estimated income tax payments via periodic payments. The following are some of the types of incomes besides self-employment (independent contractors, gig economy):

This is important to know so you can a) avoid tax penalties at the end of the year and b) know the dates to make payments and keep a consistent schedule.

The deadlines for making your quarterly estimated tax payments are:

“If you do not pay enough tax throughout the year via estimated tax payments to cover your tax liability, then you will be charged a penalty by the IRS,” says eFile on it’s article on self-employment, independent contractors, and taxes.

Some things to keep in mind when handling quarterly estimated taxes:

Instead of a W-2, every client that paid you more than $600 is required to send you a 1099 contractor form. Clients that paid you less than $600 don’t have to send one. In theory, if you add up all the 1099s you receive, it should be equal to your gross income for the year. So this form details how much you were paid throughout the year and can/should be used to double-check that you’re reporting all of your income earned through the year. More wise words from Nerd Wallet.

THINGS TO KEEP IN MIND:

Keeper Tax summarizes this topic well: One of the most frustrating aspects of being an independent contractor is having tax season roll around and feeling bewildered by all that must be done.

As we mentioned at the outset of this article, tax season could easily make you feel overwhelmed. No one like the possibility of being hit with steep penalties and fees (especially if you have to sort out stuff with the IRS if you accidentally miss your tax deadline).

But remember that there is always someone out there who can answer your questions or give you advice. We recommend working with a licensed tax professional to make sure your taxes are filed properly, and you don’t incur any penalties from the IRS.